The South West’s first large-scale social housing retrofit using carbon-cutting air source heat pumps (ASHPs), has been installed by mechanical and electrical specialists Correct Contract Services (CCS) for Stonewater housing association in Swindon. The pioneering scheme also marks a first in the deployment of this green heating technology by a housing association to meet both the Government’s 2050 net zero-carbon emissions target and minimum EPC band C energy efficiency rating for all homes by 2035.

ASHPs, which extract heat from the air, have been retrofitted by CCS in 55 occupied Stonewater homes in Kennedy Drive, Swindon. The new low-maintenance heating and hot water systems – which replace expensive-to-run conventional storage heaters – have significantly improved each property’s EPC rating, lifting most from a D to a B, which only 8 per cent of UK properties currently achieve.

“We’re delighted to have worked collaboratively with Stonewater to design and deliver this pioneering ASHP scheme which was chosen after considering a range of renewable heating and hot water systems on the basis of their cost, carbon-efficiency and community benefits,” says Danny Gladwyn, CCS managing director. “Heating and hot water account for around one-third of the UK’s greenhouse gas emissions which could be cut by 55-70 per cent if conventional gas and electric boilers were replaced with more energy-efficient, low-carbon heat pumps such as ASHPs. These cost-effective, planet-friendly systems are not only vital in helping to reduce our carbon footprint and improve air quality, but they are key to tackling growing fuel poverty in a Covid-affected economy.” 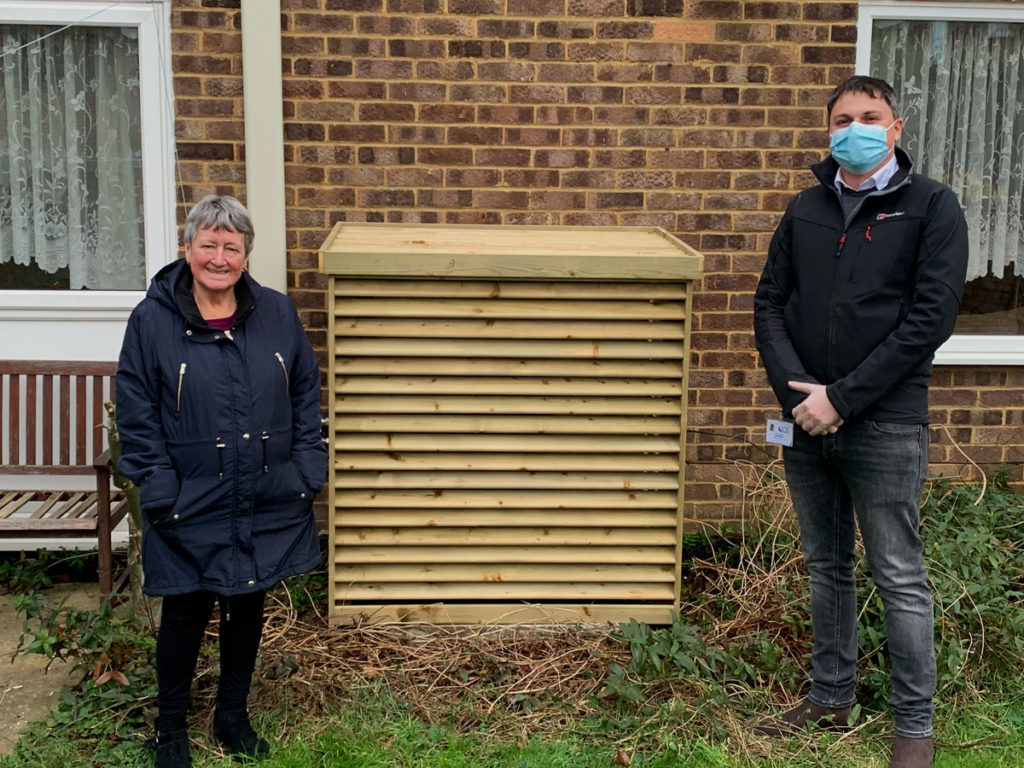 Swindon resident Judith Reynolds (left) with CCS Site Manager Craig Stephens beside her new carbon-cutting air source heat pump in Kennedy Drive. The unit is one of 55 ASHP heating systems installed by CCS for Stonewater housing association. It is the first large-scale social housing retrofit of its kind in the South West.

Adam Masters, Environmental Sustainability Manager at Stonewater, said: “As a leading housing provider, we are committed to helping tackle the climate emergency. The ‘All hands to the pump: a home improvement plan for England’ report we commissioned last summer from the Institute of Public Policy Research, shows significant steps to cutting carbon can be made on retrofitting and new build homes using existing technologies.
“ASHPs are a great example of this and we are delighted our investment will bring this proven technology to our residents in Kennedy Drive in Swindon. This is only the start – we will be doing much more to work with our residents across the country to improve their homes and cut carbon emissions.”

While uptake in the UK has been low compared to Europe, the heat pump market is expected to double over the next five years as the Government looks to electrical, gas and hybrid heat pumps to curb climate-warming emissions of which 20 per cent are generated by the nation’s housing stock.